On October 10, 2018, PobleteTamargo LLP (“PT Law”) filed a Freedom of Information Act (“FOIA”) lawsuit against the Department of State in U.S. District Court for the District of Columbia for records requested over five years ago related to U.S.-Cuba property claims. The Complaint, available here, stems from two FOIA records requests for documentation, one filed in 2014, and the other in 2015, that were submitted to the Department of State before the U.S. and Cuba normalized diplomatic relations. Prior release of records is available here.

This latest release of documents relates to a September 11, 2015, meeting in Havana, Cuba, to discuss property claims with Obama administration and Cuban counterparts. A month before this meeting, on August 14, 2015, Secretary of State John Kerry had presided over a flag-raising ceremony at the U.S. Embassy in Havana and also, supposedly, discussed putting property claims on the table for discussion.

The State Department lawyers and other experts had been preparing background materials for Obama administration throughout 2015. By December 4, 2015, five papers were prepared for the first bilateral dialogue with Cuba on outstanding claims for a delegation traveling to Cuba on December 6, 2015. The members of that delegation included some of the U.S. government’s top international claims lawyers and Cuba policy experts.

While the State Department released records to PT Law related to the presentation made to Cuban officials on December 8, 2015, the records are heavily redacted. The U.S. government believed that the majority of the discussions with the Cubans were certified claims. A fair assessment since the thornier topic of uncertified claims and judgments has been one of the major stumbling blocks to settling claims. The U.S. had also planned to talk about claims valuation.

Besides property claims, this batch of records provide background information about outstanding judgments entered in U.S. courts under the “terrorism exception” to the Foreign Sovereign Immunities Act (“FSIA”). The judgement claims are valued at $2.22 billion against Cuba that, with punitive damages of $1.9 billion, are worth $4.21 billion, not including statutory interest. In seven of thirteen cases plaintiffs have been able to recover partial compensation – an option generally not available to certified property claim holders but one that PT Law has argued should be as these claims were first in time and for other reasons.

The records remind us that until property claims are settled, foreign investors will remain leery of entering the Cuban market if they know that money streams could be subject to attachment by claim holders. With the implementing Title III of the Helms-Burton law by the Trump administration, we expect this pressure point to remain and could be a way to stimulate more talks with Cuba. According to media reports, on September 12, 2016, the property claims issue was also on the agenda in talks held in Washington, D.C. PT law has requested information about the talks.

Finally, the records show the Obama administration pressed for more talks with Cuba 8 days before the inauguration of president-elect Donald Trump. This last round of talks did not occur. This would’ve been the fourth set of talks with Cuba on property claims. 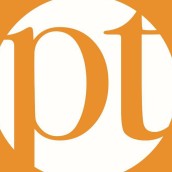