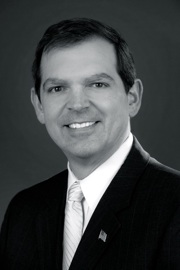 Mauricio J. Tamargo is a recognized authority on international law with particular expertise in international claims law and claims against foreign sovereigns, such as Iraq Claims, Cuba Claims, and Libya Claims. He has testified before the House Natural Resources, House Armed Services and Senate Judiciary Committees regarding claims and other legislative issues.

Tamargo left the Department of Justice in February 2010 to found PobleteTamargo. At the Department of Justice Tamargo served as the Chairman of the Foreign Claims Settlement Commission of the United States (“FCSC”). He was re-nominated as the Chairman of the FCSC by the President and confirmed by the U.S. Senate three times (under both Democratic and Republican Senate majorities) serving more than eight years.

While at the FCSC, Tamargo adjudicated hundreds of property and personal injury claims in three claims programs; the Albania Claims Program, the Second Cuba Claims Program, and the Libya Claims Program which resulted in over $400 million in compensation for U.S. citizens as well as served as Chairman of the Guam War Claims Review Commission.

Prior to serving at the FCSC, Tamargo held several senior posts in the U.S. Congress including Staff Director and Legal Counsel to three House Committees including the following subcommittees: International Operations and Human Rights, the International Economic Policy and Trade, and the Africa Subcommittee, while also serving as Chief of Staff and General Counsel to Congresswoman Ileana Ros-Lehtinen.