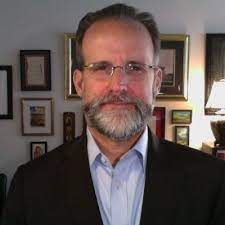 Jason I. Poblete represents individuals and corporations in both domestic and international matters. Poblete helps clients navigate the complex legal and, at times, political, federal interagency regulatory and legislative processes primarily in issues overseen by the Department of State, Department of the Treasury, Department of Commerce, as well as Congress. A national security law and international law expert, Jason advises companies on compliance with U.S. export control laws, defense of fundamental and human rights, economic sanctions, and related matters such as “traditional” space and NewSpace.

Before forming Poblete Tamargo in 2010, he worked as a senior attorney in the Global Regulatory Litigation Group of Reed Smith LLP. Before Reed Smith, Poblete was a senior advisor to House Ways and Means Committee Chairman, Rep. Bill Thomas (R-Calif.), and on the senior staff of a Congressional committee. During his tenure on Capitol Hill, he was selected several times by the editors of Roll Call newspaper as one of the “50 Most Influential Staffers” in Congress. Poblete worked for seven years at the Republican National Committee (RNC), starting in 1993, the year before the Republican Party won control of Congress for the first time in 40 years.

Poblete is an expert on federal regulatory matters and administrative rule-making, federal legislative procedure, and Congressional investigations. He concentrates his practice in these areas: trade compliance, export controls for defense articles and dual-use items, encryption controls, economic sanctions, and human rights. He has conducted and participated in numerous compliance audits in both the United States and in foreign countries.

Both on and off Capitol Hill, he has assisted or been part of Congressional oversight processes and investigations. He has testified before Congress on bringing to justice foreign leaders accused of gross violations of fundamental rights and atrocity crimes and served as an expert witness on economic sanctions in a case before the United Kingdom High Court of Justice.

Jason has advocated on behalf of a U.S. Persons held hostage or unlawfully detained by foreign governments, political opposition leaders in foreign countries, and a former foreign head of state and his family persecuted for their pro-democracy efforts. Jason has successfully secured the release of several Americans unjustly imprisoned or held hostage by foreign governments and has used these high-level negotiation skills in his practice to help deconflict matters.

He has represented multinational corporations, publicly traded companies, a Native-American tribe, non-governmental and international organizations, and companies from these industries: defense, telecommunications, aviation, advertising, energy, pharmaceuticals, international shipping, Internet, and software development firms. He has also represented individuals and families with claims against foreign governments for the unlawful confiscation of property, and his firm assists families with claims against foreign governments such as the Guam War Claims Program and the Cuba Claims Program.

A staunch advocate of the importance of private property rights, the rule of law, and other fundamental freedoms, Poblete testified in 2007 before a Special Committee of the United Nations (UN) in New York; has advocated on behalf of clients before numerous committees of the U.S. Congress and international organizations such as INTERPOL, and counseled clients on matters under review by the Inter-American Commission for Human Rights of the Organization of American States (OAS).

In 2016 he founded a non-profit, the Global Liberty Alliance, dedicated to advocating in defense of individual fundamental rights, free markets, and the rule of law. The Alliance specializes in representing politically persecuted persons by totalitarian governments and assisting law enforcement in bringing perpetrators of atrocity crimes to justice. For his work on behalf of Americans and others unlawfully imprisoned or held hostage in foreign countries, in 2020 the James W. Foley Legacy Foundation awarded him the Hostage Freedom Award.

A Past Chairman of the National Security Committee of the American Bar Association (ABA) Section of International Law, he is a member of the ABA Export Controls and Economic Sanctions Committee, the Federalist Society for Law and Public Policy Studies, and the American Society of International Law (ASIL). For personal and professional reasons, he has had a life-long interest in political, defense, economic, and security developments in the Western Hemisphere and the linkages between other regions and the Americas in emerging transnational threats, political, economic, and rule of law matters.

Jason and his wife, Dr. Yleem Poblete, Ph.D. are active members of the Order of Malta, and he is a Life Member of the National Eagle Scout Association. Besides his law degree, he earned a Master’s degree from Georgetown University (Thesis topic: U.S. economic sanctions towards Cuba) and a B.A., with a regional concentration in Latin American studies, from Florida International University.