Chairman Duncan makes clear in his letter that it is the responsibility of the Obama Administration to uphold the laws of the United States and defend the Nation’s interests at the UN.

As a member of the Western Hemisphere Subcommittee, Duncan has participated in several hearings regarding the policy shift towards Cuba, and concludes that “the new Cuba policy has failed to extract any noteworthy, sustained concessions on democracy, human rights, or justice for the nearly 6,000 American claimants whose property was stolen by the Castro regime.”

Congressman Duncan’s letter can be found below or at his congressional website. 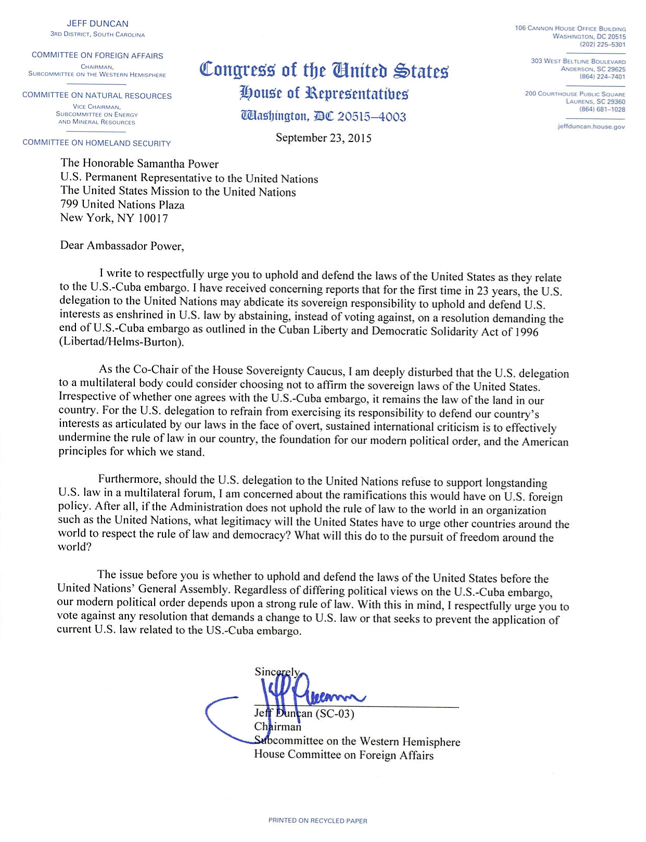